You're On Your Way to Get Trained!

1
Your information
Tell Us About Yourself!
2
your info
Your Billing Info

Go To Step #2
We Respect Your Privacy & Information
Edit Shipping Details
Your order has been declined. Please double check your Credit Card Details or contact support for information. 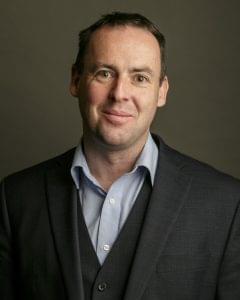 disclosures
Financial: Patrick McKeown is receiving an honorarium for this presentation through Simon Says.
Nonfinancial: None to disclose
about the presentation

Since breathing is a natural process and so vital to life, it begs the question: why do we all breathe so differently? The answer to this is that our breathing habits are greatly influenced by lifestyle, environment and genetic predisposition.  Breathing patterns have a profound impact on health. Poor breathing patterns literally cause the airways to narrow, and blood circulation and oxygen delivery to be reduced.
In this presentation, learn from Patrick Mckeown the importance of functional breathing while sleeping, resting, and in action. In addition, you will also walk away with breathing exercises to restore functional breathing & how to change oral breathing behavior in children.
Content Disclosures: Patrick discusses the Buyteko Breathing Method & Clinic

LEarner outcomes
meet the presenterS
Patrick McKoewn is the President of Buteyko Professionals International. He is also a member of the Management Board and the Advisory Faculty of the International Academy of Breathing & Health.
Patrick was educated at Trinity College, Dublin, and later studied in the Moscow clinic of the founder of the Buteyko Breathing Method; the late Professor Konstantin Buteyko. He was honoured to be awarded a Diploma in the Buteyko Method by Professor Buteyko.
Patrick’s current professional affiliations include being a Fellow of the Royal Society of Biology (UK), a Member of the Physiological Society (UK), a Member of the Academy of Applied Myofunctional Sciences, a Fellow of Buteyko Professionals International, and a Fellow of the International Academy of Breathing & Health. From a very young age, Patrick suffered from asthma and relied on an array of medicines and inhalers until he discovered the Buteyko Method at the age of 26. This life-changing discovery motivated him to change his career in order to help children and adults who suffered from similar breathing problems. Following his time in Russia in 2002, Patrick has been teaching the Buteyko Method in Australia, USA and throughout Europe.
He has penned seven books, including three Amazon.com best sellers, and has been invited to speak at dental and respiratory conferences throughout the world. In collaboration with the University of Limerick & Limerick University Hospital in Ireland, Patrick was the Buteyko method instructor in a clinical study investigating the Buteyko Method as a treatment for individuals who had a diagnosis of asthma and chronic rhinosinusitus.
Time ordered agenda
5 minutes: Importance of functional breathing patterns
15 minutes: Exploring three dimensions of breathing; biochemical, biomechanical and resonance frequency

15 minutes: Functional breathing and the phenotypes of sleep apnea

disclosures
Financial: Patrick McKeown is receiving an honorarium for this presentation through Simon Says.
Nonfinancial: None to disclose
Pre-Register Now